A Story of Surrender 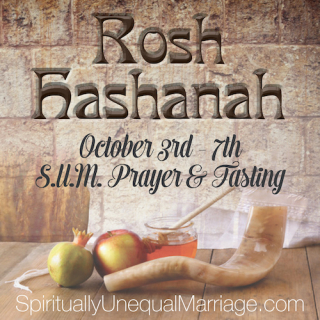 And when you're tired of fighting

Lyrics to Just Be Held by Casting Crowns

I was on the fence about sharing this today, because it gets a little personal.  But I think it’s an amazing story of God’s glory.  So I’ll just be vague about a few of the details.  It’s also a story of what happens when we surrender and give God room to do His thing – not my strong point.

My divorce was final in September of 2014 – one year prior to our Jubilee Fast.  This was after 2 years of separation.  After a drawn out divorce, the final results ended with 50/50 child custody and my paying J child support monthly.  That’s where it gets a little personal.  It’s just a weird thing in Colorado that everything has to be oddly even.  I fought this.  I complained about this to anyone who would listen.  I felt wronged and knew he didn’t need it and I let him and everyone else know I felt this way.  It wasn’t so much about the money, but it devastated me that he would take it.  And at one point, he even threatened to come after me for more.  And the whole time (over a year), God was whispering – “You need to let it go.  Pay it with a happy heart.  Be thankful for that you have it to give him.”  Basically – “SURRENDER IT TO ME.”

It took the Jubilee Fast for me to do that.  It was then that I quit speaking negatively of J at all – to anyone, about anything.  I began lifting him up with my words.  I even quit complaining about paying him.  But I did continue to pray that he would feel convicted about taking the money each month.  Even as I prayed it though, I knew it was a stretch.  It felt like one of those impossible prayers, that you wonder why you even bother praying.

Here’s where it gets SO good!

In February of this year, I found out that he had stopped depositing my checks since October of the previous year.  I didn’t know because of the way I had it set up with my bank.  It took 3 months for the checks to return to me when he didn’t cash them.  The very last check he accepted was September of our Jubilee Fast.  In February, when I realized he had not deposited checks for Oct, Nov, Dec and Jan – I texted him asking why.  He replied back, “I just thought you and the girls could use if for something better.”  I have tears writing this and remembering that day.

I learned so many things from that experience, but the one that sticks with me most is that sometimes God moves and we don’t realize it until later.  There was an entire 3 – 4 months that my prayers had already been answered and I had no idea.  God moved mightily in September, but didn’t reveal that to me right away – for whatever reason.  I also learned just how powerful it is to surrender and obey, when He’s really convicting us to do so.  I struggle so much with this, but He has shown me more than once that He fights my battles better than I ever could – but I have to move out of the way and let Him.

I would love to hear your stories of surrender.  Maybe it’s a glory story or something God is calling you to surrender that you just haven’t been able to.  This week is a great week to bring those struggles before The Throne.