Dear friends, I'm traveling this week and will be in Nashville for the ACFW conference. I'm thrilled to share this most encouraging post by SUMite, Dee Rusnak. How amazing to think our Lord and Savior Jesus understands our mismatched places because He lived it too.

Thank you, Dee, for once again sharing your beautiful heart and encouraging words with us! Love you!
See you next week, SUMites!
Dineen

The Mismatched Family
By Dee Rusnak 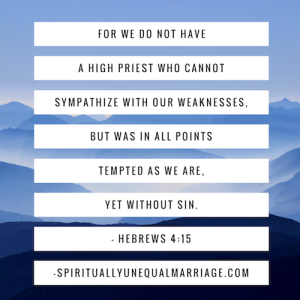 How often have we learned that God is never in a hurry, or at least within our time frame? Or better, never in the way we expect? We read in Joshua how ripe Jericho was for the taking, but God said not so fast with the Israelites who were hungry to take the land. And, when they did, it was in such an unorthodox way (Joshua 6 - marching around the city). Why do we want to rush things and do it in our own way? For me it's so I can rest knowing my ducks are all in a row. If my entire family were saved, then peace would be upon me, or so I think. But God is drawing them in His time and according to His ways. I struggle with that.

In reading through God's Word we find that the family of Jesus didn't believe while He was among them, even to the point of sarcasm. "But when the Jewish Feast of Tabernacles was near, Jesus' brothers said to Him, 'You ought to leave here and go to Judea, so that Your disciples may see the miracles You do. No one who wants to become a public figure acts in secret. Since You are doing these things, show Yourself to the world' For even His own brothers did not believe in Him." (John 7:3-5)

Mark (3:21) recounts that His family thought "He is out of His mind!" How did Jesus handle the fact that His own family didn't believe? Matthew 13 lists them as James, Joseph, Simon and Jude, and some unnamed sisters. Jesus certainly had the power to change their hearts. After all, time was ticking and He wasn't going to be on earth much longer. Time to get Your ducks in a row here, Lord! Did Mary teach them and groom them as they were growing up, especially nearing adulthood, about their older brother as Savior? Did His true identity come as a total shock to His younger siblings? Where were they during His crucifixion? Didn't they love Him or try to defend Him? Interestingly, none of this is mentioned in God's Word.

However, we know that some were saved. In 1 Corinthians 15:5-7 Paul writes "He appeared to Peter, and then to the Twelve. After that, He appeared to more than five hundred of His followers at the same time...Then He appeared to James, then to all the apostles, and last of all He appeared to me also, as to one abnormally born." Mary and His brothers waited in the upper room for the Holy Spirit following His ascension, "They all joined together constantly in prayer, along with the women and Mary the mother of Jesus, and with His brothers." (Acts 1:14) But, which brothers, if not all? Two brothers that we know of, James and Jude, were converted and wrote books in the New Testament. James later became a leader in the Jerusalem church. What about His sisters? Did He pray for His Father to draw them? Were there still family members who did not believe? Aunts? Uncles? Cousins?

If Jesus was tempted in every way just as we are, was He as concerned for the souls of His family, just as we are for those in our lives? "For we do not have a high priest who is unable to sympathize with our weaknesses, but we have one who has been tempted in every way, just as we are - yet was without sin." (Hebrews 4:15) Jesus was quite familiar with God's ways and His timing. Never do we see Him fretting throughout His life. As Psalm 37 says "Do not fret - fretting only brings harm." Yet He entrusted God with all things, including Himself, and the salvation of His earthly family…and us!

“I do not pray for these alone (disciples), but also for those who will believe in Me through their word; that they all may be one, as You, Father, are in Me, and I in You; that they also may be one in Us, that the world may believe that You sent Me. And the glory which You gave Me I have given them, that they may be one just as We are one: I in them, and You in Me; that they may be made perfect in one, and that the world may know that You have sent Me, and have loved them as You have loved Me.” (John 17:20-23)

SUMs, Jesus had a mismatched family! We are literally walking in His shoes (sandals)! When we read that He has experienced everything we go through, did you ever consider this situation? We’ve never been alone, SUMs, nor will we ever be! He’s been where we are! He gets it! In His great compassion and love for us, He has given us an example to follow of what we’re to do while we wait: Pray. Trust. Obey. Look what happened with James and Jude! Not only did they believe, but were used by God as Bible authors! Forget the ducks. Instead, together let’s listen intently to God’s very heartbeat: "who wants all men to be saved and to come to a knowledge of the truth" (1 Timothy 2:4), and let us watch Him do what's impossible for us but is so very possible for Him! 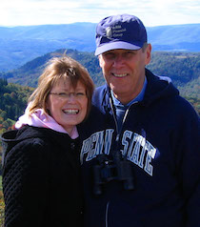