Home Who We Are Salvation Stories Significant Resources Meet The Team The SUM Shop Lynn Donovan Ministries New Here? Video Teaching
The Second Time We Met in Person
The His-story of SUM 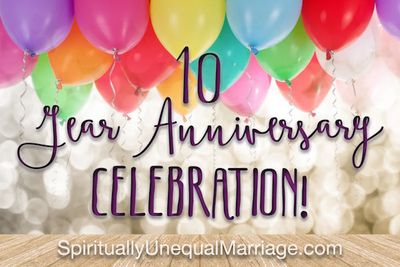 In joining in the celebration of the 10th anniversary of the SUM blog, I would like to share with you my experience of how I became part of this amazing SUM family.

It was January 2013 when I found the website.  I was struggling in my marriage due to a spiritual issue I had been dealing with for some time.  I was carrying a very heavy burden.  Satan was attacking me 24/7.  I needed help.  I needed wisdom.  I needed God to show me what to do.

Then one day, Lynn wrote a blog post.  Honestly, I don’t remember what it was about, but I remember her saying that she felt God prompting her to offer that if anyone needed to email her privately, and ask for prayer, to please do so; and she provided the link to email her.

I knew this was meant for me.  I emailed her, asking for prayer.  I shared with her what the issue was. I was in such pain and so desperate—it apparently came through in my words. I was amazed at her response.  She was an angel sent from God. She said that she could feel my burden, that she could tell I was feeling so oppressed, and this was not of God. She told me that God was leading her to pray with me, and asked when she could call me so she could pray over me.

I was so taken back by this response.  Really?  This woman was going to take time out of her busy schedule, her ministry, her family—to pray for me?  We set up a time over the next few days, and just as she promised, she called.

Honestly, I was a little embarrassed, feeling as though I “shouldn’t” be so transparent, that if I was a good Christian, I should be able to pray for myself. (Get thee behind me satan!)  But God told me to trust her, that she was the answer to prayer I was asking for.  (Wow!) She prayed a powerful prayer for me, to be released from Satan’s shackles, to be released from his stronghold and be set free and walk in the victory that was waiting for me.

And that was the beginning of victory for me.  Not overnight, but over time.  Along with the prayers and wisdom from the other SUMites through the blog and the 1Peter31 Yahoo group, and other believers, I received the encouragement I needed to finally take God at His word.  I began moving from a shackle-bound life, to a life of victory, the life God intended for me.

And now, in 2016, God has blessed me with so much knowledge of Him.  I asked for it, and He’s was faithful to answer. He’s shown me how I’ve been limiting Him through fear.  And now, I see through satan’s lies, and it pains me to see Believers living in condemnation and shackles.  I’m thankful God has used this group to help show me that all things are truly possible with God—through prayer.  To stop believing lies and believe and accept this truth: God is pleased with me, He’s crazy about me, and loves me more than I could possibly wrap my head around.

I pray that every human being living on this earth will seek to find the limitless life that is possible with God, through His Son Jesus Christ—for if we seek, we will find!

Thank you Lynn, Dineen and SUMites!  May God bless each of you, and your marriages, with His favor and overflowing abundance! -Pam

I worked in the healthcare industry for 25 years and walked away from an executive position to support my husband in his writing career and pursue our dreams together.  A step of faith that has taken me, and my marriage, in directions I could never have thought, asked, dreamed or imagined (Eph. 3:20).  I am humbled and in awe of God’s faithfulness.