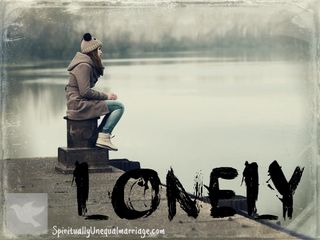 We have been chatting about suffering. It can truly blow up your mind to consider the reasons of God for suffering.

Not too long ago the Lord spoke to me about my unequally yoked marriage. It was likely in a challenging season when I was complaining to God about His delay in saving my pre-believer. (To even write that causes me a degree of shame. Sheesh.)

This was the Lord’s unexpected but powerful reply. Hosea 2:14

But then I will win her back once again.

I will lead her into the desert

and speak tenderly to her there.

15 I will return her vineyards to her

and transform the Valley of Trouble into a gateway of hope.

She will give herself to me there,

as she did long ago when she was young,

when I freed her from her captivity in Egypt. —NLT

The Lord then spoke to me, Lynn, do you see? Can you comprehend this story?

My friends, I understood in that moment how beautiful was the love relationship between God and His people. When the people of God were freed from Egypt they were utterly dependent upon the Lord’s Presence. He walked among them. He fed them. With the exception of the “golden cow” incident He adored and protected them. After the mad cow mess, they quickly came to their senses and loved Him with their full hearts for decades in the desert. It was priceless. It was a beautiful, fulfilling relationship for Him and for the people. I’m not surprised, as I think about it, that God delayed their entry into the Promised Land. He knew what would happen.

The easy life would cause them to pursue independence. Comparison to other peoples of the land would woo them away from God as their King thus enticing them to desire an earthly King. They would grow fat and distant from God because their lives would become easier. All this became true. Thus, the Lord’s broken heart cries out through Hosea. He longs for the years of their desert suffering because in the struggle, she (fully) gave herself to Him.

I wonder if the Lord tarried or delayed the Israelites crossing into the land because He knew they would leave Him? The sweet love and utter dependence upon Him in the wilderness was everything to Him…. AND He knew that people are their highest, best and blessed when they are in utter dependence…..

Things that make you go….hmmmmmm.

Is our Promised Land, our spouse’s salvation, the same? Does the Lord tarry because He is in love with you and me? Does he believe that our desert experience will diminish because we aren’t so persistent in our prayers for our spouse? Does He know that we may become lax in training up the children to faith?

Is the Promised Land really of any value if we leave the lover of our soul in the desert years?

The passage in Hosea calls to us. It’s the Lord’s broken heart. He speaks to us who walk in the desert years. Don’t forget the suffering that birthed our love. More often than not, it’s the suffering that draws us to the heart of God.