Well my friends, I think it’s time finally, to give you an update on the Donovan Clan.

If you have been a reader here for longer than a year, you will remember that my son and his family relocated from Las Vegas to California last January. They moved in with us and lived here for a little over a year. Well, except, if you remember my son and his wife separated in June. I was heartbroken and bereft over the pain in all of our lives. We all were.

This was especially difficult as I am an advocate of marriage and to watch my son’s marriage crumble in my own home, well, it was beyond devastating.

Time marches on. It was a difficult year. Elise was sick often. I was sick often. Now as I look back I see with clarity that the last six months of the year were steeped in spiritual warfare. I wanted to write so badly, as this book is about to explode out of me. Each time I thought I would sit down to write, bam, another illness put me on the couch for two weeks. And that would usually follow two weeks of care for a very a sick little baby. I was her primary caregiver last fall/winter as her father worked the night shift and slept during the day. That kind of care is all consuming.

That is all I’m gonna say about that except that I’m SO glad it’s over. I’m writing now and so amazed at how Becoming Brave is coming along. Elise is well. I’m well. Jesus is awesome.

With all this said, I want to share something for which I prayed, yet, somewhere didn’t think was likely to happen. Next week my son is heading to Las Vegas to move his wife back to California. 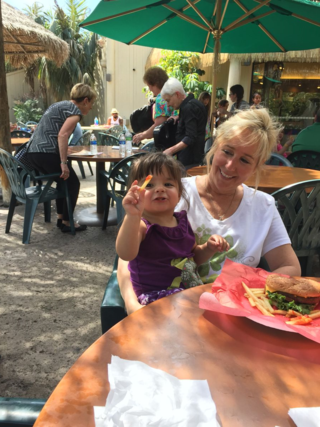 My friends, I’m so thrilled. My granddaughter turned two on Tuesday. She is so fun and cute that she wrecks my heart each time she says, “Nana, please.” I’m just wrecked.

I know there are many reasons that this prayer was answered. I’m glad I decided to forgive and not hold on to offense.

My son now lives five minutes away. They come for Sunday dinner. We celebrated Elise’s birthday and were all at the beach. Life is good. This is what I was intending all along when this great adventure began over a year ago.

I realize that there are many remaining issues but I am a praying mama. It is likely that I won’t write much about them and their lives in the future. I feel as though the Lord wants to work in their hearts and I must remain slightly at a distance. Thank you for praying for all of us.

But it’s my glorious honor to share the answers to prayer and glorify our King. He listens to His children and He is good Father. He is always good. I love you, Lynn 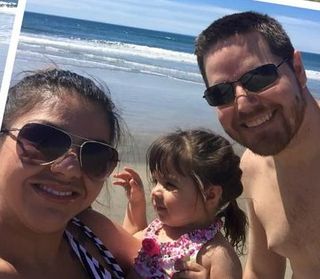