A Change in Perspective, Part One

God impressed this book on me last year and I’ve been waiting for it to come into focus a little more. The title is Chosen, Transformed & Restored. And today I want to share a part of something that will be in the book because I believe it’s so relevant right now.

As I shared in previous posts, the Holy Spirit has had me reading the book of John and revealed some insights into two of the stories there. These insights have had me on a new tangent to understanding what it means to have a change of perspective, specifically when Jesus brings a change to our perspective and how He does this. 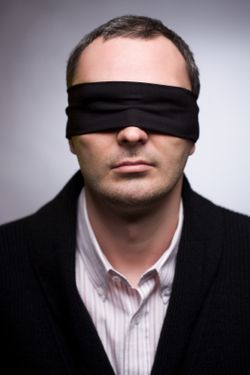 Now there is in Jerusalem by the sheep gate a pool, which is called in Hebrew Bethesda, having five porticoes. In these lay a multitude of those who were sick, blind, lame, and withered, [waiting for the moving of the waters; for an angel of the Lord went down at certain seasons into the pool and stirred up the water; whoever then first, after the stirring up of the water, stepped in was made well from whatever disease with which he was afflicted.] A man was there who had been ill for thirty-eight years. When Jesus saw him lying there, and knew that he had already been a long time in that condition, He *said to him, “Do you wish to get well?” The sick man answered Him, “Sir, I have no man to put me into the pool when the water is stirred up, but while I am coming, another steps down before me.” Jesus *said to him, “Get up, pick up your pallet and walk.” Immediately the man became well, and picked up his pallet and began to walk.

The first thing that struck me in this passage is that Jesus asked the man, "Do you want to get well?" As I underlined this, the Holy Spirit drew my attention to the fact that the man had been ill for a long time.

Sometimes long term illnesses and conditions become places of false comfort or an unwelcome part of our identity (i.e. Jesus calls me healthy, I call myself sick). The man answers, "I can't." He’d already decided this is how it is, who he is, and the way it is.

So Jesus first asks a key question to move the man out of this well-known and well-worn place of existence into the possibility of healing, freedom, something new. He pulls the man from his reality into the realm of possibilities, and as we know all things are possible through Jesus.

The second aspect the Holy Spirit drew into clarity is that the man perceived only one way to be healed—in the pool. Jesus, being who He is, could have very well used the pool to heal the man, but He doesn't. He brings healing to the man simply with words and a command. The man's expectation has once again been pushed to see another alternative.

And because Jesus has first posed a question to make the man question his long held expectations, He is able to open the blind man up to the impossible and consider it as possible. His spiritual eyes are opened first. Then and only then, could his perspective be changed.

How often do we deal with or walk into situations (both good and bad) with our minds already set upon what is possible and what is not? Then to have a question asked or an alternate idea proposed only to think and wonder how we had missed it.

The truth of God's Word is that constant question, "What is truly possible with Jesus?" And it answers the same every time. All things (Phil. 4:13, Luke 1:37).

Starting last Thursday, we’ve been sharing on Facebook SUMite Gillian Russell Meisner’s amazing story about her journey to Texas in 2013 to attend the conference Lynn and I did there. I’m including the links to her three part testimony because it too shows what happens when Jesus comes and changes our perspective. What we once though impossible truly becomes possible.

And next week I will have another story from my book to share and another link to a testimony I know will inspire you to reach beyond the limitations you perceive.

My friends, ask Jesus to change your perspective in any place where you feel stuck. Then expect Him to answer that prayer. I just watched this happen last week with a friend. It was amazing. That’s a story I’ll save for the book.

Love you, my friends. So grateful for each of you.