The Destruction of the Demonic Warrior

Today is a continuation of Stone’s testimony. Part I was posted on Monday. On Friday I intend to get started teaching on the power we have to defeat the demonic. Stay tuned… Now here is Part II from my friend, Stone.

Temecula, CA
Worship In The Valley: A worship event in Temecula, CA on November 20th. 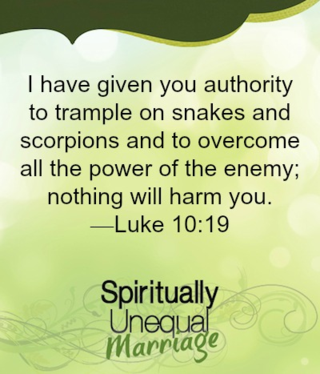 Then I was brought back to the battlefield with a new knowledge of the enemy’s strategy and his determination to prevent me from ever setting foot on the battlefield because it is my destiny to speak into the face of darkness and command that he let God’s people go, that his captives be set free in the name of Jesus. Before this battle has begun I know and so does he that he is destined to lose his hold over God’s beloved who he has shackled with fear, depression, suicide, self-mutilation and abuse. He has been lying to them, keeping them captive to his lies for too long and God has heard their cries and is committed to them to receiving their freedom. He is going to use me to speak freedom into the lives of his beloved, His chosen and treasured people and they will receive freedom, He will speak through my wounds and years in bondage. He is going to shine through me and shine His light of life, freedom and joy into the lives of His beloved.

Then He did something amazing! God called me to cast this spirit out of my life, He told me to command that this demonic spirit no longer has permission or authority to stand at my door and torment my nights, or speak lies into my life. I commanded this spirit, who has followed me my whole life at the command of the enemy, to go that it can’t stand beside my bed keeping me awake all night or at my door shouting at me tormenting me or come into my home at all. God assured me that He is my sword and my shield, my strength and my defender and that His hand of protection is upon me and that I am safe in His presence. He showed me that I have the authority in the name of Jesus to command that this enemy leave my home and torment me no longer.

I am God’s chosen; His cherished and beloved daughter and I have a destiny to pursue my passion of bringing hope and freedom into the hearts and lives of the lost, the hurting, the broken. He has given me authority to speak hope and freedom into the hearts of those enslaved by suicide, depression, self-mutilation and abuse. As I look at the battlefield I know that this victory is sure, that the enemy is terrified of God’s power and passion for His people, he knows that his reign of terror over them is ending and that they will have freedom.

Jesus is going to rain down and wash away the chains and shackles he’s been using to hold on to God’s beloved. Their freedom is coming and His people are going to run away from their captivity in waves and there is nothing that he can do to stop it. He could not destroy me, he never could but that didn’t stop him from trying, that didn’t stop him from assigning his chosen warrior to stand at my doorway and torment me, shout lies into my life and try to keep me down, convinced of my own enslavement and utter ruin. But Jesus reached out His hand released me from my chains, and carried me out of my prison of pain and suffering. Jesus led me out into a beautiful meadow and taught me to walk with Him in joy and freedom, he taught me a new song and He is singing it with me. He is with me as He always has been and always will be.

I love you and I'm praying for healing over you and your family.