The Key To Powerful Prayer 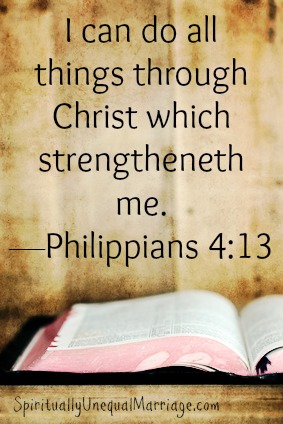 I’ve learned a lot about the power of prayer this past year. My friends, this little word prayer becomes mundane in its over use in our culture.

There are days when I’m sitting in the pain of words spoken to me which should have never been birthed, that I’m a little girl, sitting on the lap of my Papa, tears dripping on His sleeve. There are other days I’m a warrior Princess, clothed in righteousness, authority, and power when I literally command the devils out of people and cast them into the Abyss.

There are seasons I have prayed for employment for my husband, my son, my friends, and many SUMites and spouses. There are decades that I have approached the throne room pleading for the full salvation of my husband.

And there are moments when in a second, I’m merely just pondering an idea, and BAAM, what I just pondered unfolds in the natural right before my eyes.

My friends, it’s out of my brokenness that I have come to know a prayer life of power. I have been broken, broken, broken this year. But without brokenness I cannot take people into the depths of God. Remember, He is near to the brokenhearted. (Ps 34:18)

So today, this is what I’m hearing the Lord whisper this to His kids:

But out of brokenness rises a faith so unshakable, a confidence so powerful that when my humble servant rises and speaks they are praying into an already open heaven. The angels sprint into action upon your words. Commands are given in the realms. Love is released. Power is granted. The heavens shake and the hearts of men are changed. —The LORD God Almighty.

Many of you know that my son has been actively looking for work. And earlier this spring I prayed and prayed for a potential job for which he interviewed. He didn’t get that job. My confidence in my prayer life was jumbled. Later that month my son was hired for an entry level job here in town doing something he did 10 years ago. It appeared to be a giant step backward and the move to California was by all means, a disaster.

And but ……. The prayers of a righteous and broken mama availith much. (James 5:16)  What should have never happened… happened. In my prayer time I heard… Promotion, promotion, promotion.  And the first two I head in quick succession. The third followed but after some time.

My son was told he would not be qualified to apply for any other position at the property where he worked for a minimum of six months. However, an internal management position arose and he was able to apply. More than 20 applicants interviewed. My son was one of two applicants to be interviewed and then interviewed again by the President of the large property.

My son will start his new position in management in the next couple of weeks. We have been suit shopping this week. (Thank you Jesus)

Last spring I couldn’t understand why he didn’t get that job. But God…. He has something so much better. And God also wanted me to pray several more months about his employment.

The key is you can’t look at the person or the circumstance. Your prayer of faith must be with your eyes fully and completely locked upon Jesus. Our prayer time in brokenness brings us face-to-face with our Lord, His Son and the Holy Spirit is moved. When we see Jesus and the power and love He has for our children, our pain, our financial needs. When we focus completely on Him, we step into supernatural faith.

Oh Beloved, may God help us this afternoon to get our eyes off the conditions and symptoms, no matter how bad they may be, and get them fastened upon Him, and then we shall be able to pray the prayer of faith. —Smith Wigglesworth (1914)

And now I wait expectantly for the unfolding of the next two promotions. It's a blast to live the believers life. Stay tuned..... I love you, Lynn