Lynn here. I am really feeling under the weather. I've been sick for three days with a terrible headache, upset tummy and a pain in my foot from jarring it in my tall shoes a few days ago. Sheesh!

So I humbly ask you to forgive me as I won’t have a line-by-line study post for Friday. I’m just too sick to sit at my computer and do the two hours of research and study that I feel is needed in order to discuss the next section of verses.

Today, I want to share a comment from last Friday’s post. It’s written by Lisa M. who is a regular reader and a proud SUMite!!! We have Lisa’s story included under the salvation tab on the navigation bar. 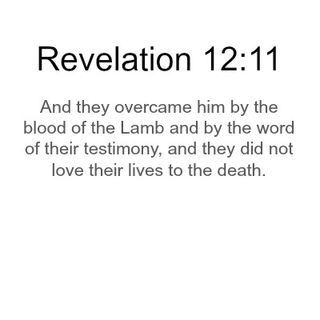 After reading the comments from Monday and praying with all of you, I’m moved by the enormous challenges we face. So a testimony of God’s love and provision becomes our hope. Sharing testimonies in some way moves God’s power into our own lives. So here is Lisa:

I've been married 27 years and the first 11 were miserable. I was a young bride and then a young mother. I had three babies one year apart and also was learning that marriage was not the fairytale I thought it would be.

My husband worked the night shift. Twelve hour shifts as a police officer which gave him a lot of days off as his schedule was three days on and three days off. Most of his off time was spent out at a local bar or with friends. There was even a time he was keeping company with another woman.

Throughout those 11 years I tried to make the best I could...there were times I cried, other times I yelled and other times I just felt like giving up. However, I never felt like God was releasing me. The few who knew my situation thought I was crazy for staying but they didn't understand I saw something deeper in him.

Then when there was reason to believe he may be cheating on me, I finally felt like God was saying it was time. So I basically told my husband in not so nice words to get out. I left the house thinking he'd be gone when I got back but he wasn't. He wanted to talk.. He had also talked with my dad and my dad called me and said to give him a chance. So I said let's talk except that I would be the one talking. I wasn't that naive sweet innocent girl that he could manipulate anymore. We talked for hours and everything I had felt and wished I could say to him over the years came out. We reconciled and a few weeks later I found out I was pregnant again after seven years since my last baby. This wild scenario was all part of Gods plan and my husband felt like this baby was his second chance. I know many think but he probably was cheating on you. But to me that was just icing on the cake - that all the years of mental abuse and neglect was just as bad to me. To this day I don't know if he truly was or not but I don't care.

So during my pregnancy and the early part of our starting over, I did a study called After Gods Heart - a story about Abigail and her abusive first husband. It was then I realized I was just as much at fault for our failed marriage as he was. Not to justify his actions but he wasn't and still isn't a Christian and I was not being the wife he needed or that God called me to be. I was too self-absorbed in my misery.

That year was the turning point in our marriage and now my husband and I are best friends. Did I get a new husband? Well in a way I did...this 2nd 1/2 of our marriage has been so much better than the first 11 years. It's a partnership. No, he's not saved and yes, he still drinks too much as a functioning alcoholic but my kids are healthy emotionally and physically because of my choice to stay.

God has blessed my marriage and family and I've grown so much in my spiritual walk. We are called to serve God on a daily basis not live a fairytale life...

My mission field is my husband and family. This is where God has me serving Him and now God uses me in my work to minister to other woman going through these same things. Marriage is a commitment that we are to honor (unless I course there is physical abuse). It's not easy but God walks with me through it and even carries me when I need him to. I ask many women if their husband had cancer would they walk out on them? Then why, when they need us the most whatever issues they are dealing with deep down would we choose to walk out? God will use us as long as we stay true to Him.

Thanks Lisa. SUMites, I ask that you join to give praise to the Lord for the victories in the lives of our SUMite family. And I know for many of you this story may be difficult because your ending didn't turn out this way. There is no condemnation in Christ. We can celebrate those who have marched through the fire and their marriage stayed in tact and we can celebrate those who escaped the fire of marriages that were abusive and evil. Have a good weekend. Hope to be back to health as writing over the weekend for Monday's next post in our series.