My friends, this week I am swamped with jury duty and some design project deadlines, so I am thrilled to have one of our very own SUMites, Olga Gurina, fill in for me this week. I've so looked forward to sharing this beautiful nugget with you and this is the perfect week to do it. Part 2 will go up on Saturday. Enjoy and have an amazing week! Hugs! ~Dineen

"My Father is Yahweh" 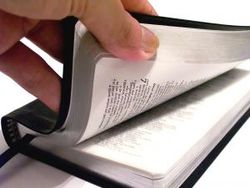 In the last couple of days through my daily readings, the Lord was so gracious and opened my eyes to see yet another amazing story of His faithfulness to us, single moms or moms in the spiritually unequal marriages.

Reading through 2 Chronicles 26-31, some names started to pop up off the page and I saw a real drama unfold through four generations of kings of Judah.

Can you imagine being married for 16 years to a very powerful man who lives his life as described in 2 Chronicles 28:

Abijah, the daughter of Zechariah (2 Chron 29:1) was married to this evil man and had at least one son with him. We can only imagine, but some of us can picture it very well and in great detail, what her family life might have been like with Ahaz (2 Chron 28).

Literally, THANK GOD, Abijah was not alone in this. Abijah’s name means "my Father is Yahweh” and no doubt she knew her Abba Father and He sustained her trough her most horrific marriage trials. We read that she was the daughter of Zechariah and her dad surely passed on his faith to his daughter. Zechariah was a godly influence on Uzziah (2 Chron 26), Ahaz’s grandfather. Zechariah taught him to fear God. Hebrew reads “instructed him in divine visions.”

I have no doubt Zechariah instructed his daughter Abijah in divine visions and fear of the Lord. Abijah had to cling to her Lord for salvation, protection and wisdom in all those years she was married to one of the most wicked kings of Judah. How did she end up marrying this man, we don’t know, the Scripture does not tell. But her faith and faithfulness to the Lord was richly rewarded in her son Hezekiah (2 Chron 29). Hezekiah, the son born in this spiritually unequal marriage, became the next king of Judah.

“Hezekiah was twenty-five years old when he became the king of Judah, and he reigned in Jerusalem twenty-nine years. His mother was Abijah, the daughter of Zechariah. 2 He did what was pleasing in the LORD’s sight, just as his ancestor David had done. — 2 Chronicles 29:1-2

As we read further, we learn the Hezekiah became the “Billy Graham” ☺ of Judah of his time and lead a great spiritual revival, beginning with reopening of the Temple:

In the very first month of the first year of his reign, Hezekiah reopened the doors of the Temple of the LORD and repaired them. He summoned the priests and Levites to meet him at the courtyard east of the Temple. He said to them, “Listen to me, you Levites! Purify yourselves, and purify the Temple of the LORD, the God of your ancestors. Remove all the defiled things from the sanctuary. Our ancestors were unfaithful and did what was evil in the sight of the LORD our God. They abandoned the LORD and his dwelling place; they turned their backs on him. They also shut the doors to the Temple’s entry room, and they snuffed out the lamps. They stopped burning incense and presenting burnt offerings at the sanctuary of the God of Israel.

“That is why the LORD’s anger has fallen upon Judah and Jerusalem. He has made them an object of dread, horror, and ridicule, as you can see with your own eyes. Because of this, our fathers have been killed in battle, and our sons and daughters and wives have been captured. But now I will make a covenant with the LORD, the God of Israel, so that his fierce anger will turn away from us. My sons, do not neglect your duties any longer! The LORD has chosen you to stand in his presence, to minister to him, and to lead the people in worship and present offerings to him.” — 2 Chronicles 29:3-11

After that Hezekiah rededicated the Temple unto the Lord...

Come back Saturday for part 2 and read what God showed Olga in this encouraging story right from the Bible. 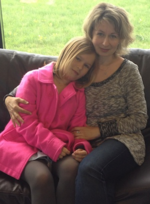 My name is Olga, originally from Russia, I now live in Oakville, Canada with my daughter Elizabeth. I accepted Jesus at a Campus Crusade for Christ in 1993. But in the last couple of years after a painful divorce, I have gotten to know Jesus even closer, not only as my Savior, but also as my Husband, my closest Friend, and the Heavenly Father to my daughter.