The entire team was filled with God's grace and favor. We prayed. We loved. We handed out all of your gifts.

The feedback already is amazing. Men leaving the store said, "Thank you so much for doing this." AND "I will pay this forward."

Message I received an hour later through Facebook: I just received this message from Montserrat, a Temecula resident, about our Walmart Day. I'm undone. She wrote: Were you outside Walmart giving hugs and gift cards? I saw a post on a Temecula group of someone who received one. She Loved the gift card, but the comment that got my attention was when she said she hadn't had a hug in 7 months.

People were so receptive for the most part. Overwhelmed. Some were hesitant. They expected there to be a catch but most just received. And we gave.

We gave the love of Jesus away today.

SUMite family. THANK YOU. You touched heaven today. Okay more later but for now, here are the photos. TURN ON THE SOUND. (share the video and perhaps the world will change because our community believes in LOVE!)

I love you so much. Lynn 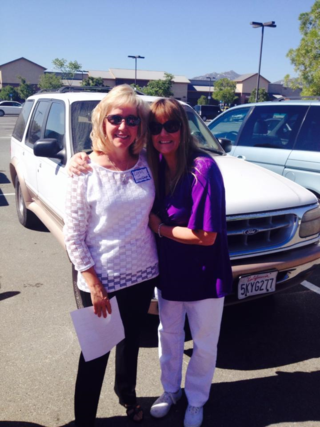