“Behold, the virgin shall be with child and shall bear a Son, and they shall call His name Immanuel,” which translated means, “ God with us. — Matthew 1:23 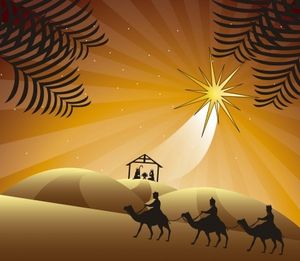 Hello dear friends! I hope you’re enjoying this series about Joseph and Mary. Some of you left comments on Wednesday’s post with some great insights. Go check them out if you can—it’s great stuff! I’ve been looking forward to sharing all week what I felt the Holy Spirit wanted me to take notice of in Matthew 1 and 2.

Five Dreams
Joseph had a total of four dreams. The first when the angel of the Lord told him to not be afraid to take Mary as his wife (1:20). Joseph still could have walked away but it seems his desire to obey God was stronger than his fear of the imposed shame from others he most likely would face (both of them would face). I wonder if they told their parents the truth of what was really happening and if they were believed. Definitely one of those times in the Bible that I wish we knew more.

The second dream warned Joseph to escape to Egypt (2:13). The third dream told him to flee Egypt and go to Israel (2:19). And the fourth dream rerouted him to Galilee (2:22). And even the Magi were warned in a dream to not go back to Herod (2:12). They returned to their own country by another route. (I’m not sure how we wound up with three wise men because it doesn’t say how many in the Bible, but they were from the same country.)

Five Prophecies
A total of five prophecies were fulfilled in just these two chapters of Matthew alone.

Gifts of the Magi
Finally, I have always found the gifts the Magi brought so fascinating. I believe the gold represented who Jesus was—royalty. Gold is often a major part of the descriptions of heaven and Daniel 10:5 describes a man dressed in linen with a belt of the finest gold, and this man is most likely Christ in Daniel’s vision.

The frankincense represents the incense offered by the priests in the temple and over sacrifices. I believe also that this is two fold: one, of Jesus being the highest priest as in the order of Melchizedek (Hebrew 6:20) and two, that He would be the final sacrifice, the Lamb. And the myrrh seems to me to be a prophetic gift that foretells His death and what’s to come.

So, my friends, those are my observations. In two weeks (December 2) we will talk about Luke 1 and 2. So have fun reading and exploring Abba’s word for more tid bits about Jesus’ birth as we leave Matthew’s perspective from his Jewish heritage and enter Luke’s from his Gentile perspective. Fascinating stuff!

In the meantime, HAPPY THANKSGIVING! I am so thankful for each and every one of you! Love you dearly, SUMites!