Conflict In Marriage - I Bet You Didn't Know THIS 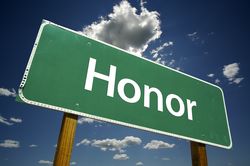 I heard the most astonishing story this past week. And as I’ve thought about it, I’m compelled to share it with you. I was engaged in a discussion with a few people about marriage. You can imagine this particular subject will come up often because I’m so fascinated by God’s design for marriage.

The gist of the story was about conflict in marriage. What was fascinating is what one woman said about conflict with her husband. I’m going to share the story but I don’t remember it word-for-word so here is my adaptation.

A husband and wife were in the middle of an argument. (In the Donovan house, this would be called a fight. A heated verbal exchange would be accurate around here.) Well as this exchange began to elevate between this woman and her spouse, the husband and the wife became completely at odds and couldn’t understand one another’s perspective. The yelling heightened and then…..  all of a sudden the wife could see something, like a vision in front of her.

As she looked at her husband who was angered and speaking strongly to her, the vision opened up and she saw in front of her husband a demon who was grabbing and twisting the words of her husband as they came out of his mouth. These twisted words then landed on her ears. It was at that moment she realized she was hearing something entirely different than what her husband was intending.

I stood there listening to this story and it was as if I could see this happening in my own life. It was like a slow-motion replay. Mike talking at me. Evil twisting his words as they left his mouth and then the words landing on my ears twisted and angry, carrying along with them evil intentions.

My friend went on to say that she stopped the conversation with her husband and said, “I think I’m hearing you say…..”

That was the day they realized how the enemy can deeply entwine itself in the conflicts of marriage. That was also the day the couple agreed that in a time of conflict they would begin to ask each other for clarification. They would say something like this, “I’m hearing you say….. I think you are telling me….. I didn’t understand you exactly can you tell me again….”

Wow, imagine if we stopped and thought about what is happening around us in the supernatural realm during conflict. I hope this story changes how you have an argument with your pre-believer in the future.

On Monday, I will share with you another thing we discussed. And it’s something that has happened to me in the past. Now that I see it for what it is…. It ticks me off to know I was manipulated in marital conflict. Stay tuned.

So tell me… What do you think about this story and do you think this has ever happened to you in your marriage? See you in the comments. Live in love my friends because the devil is clueless to fight against you. BIG hugs, Lynn