Home Who We Are Salvation Stories Significant Resources Meet The Team The SUM Shop Lynn Donovan Ministries New Here? Video Teaching
A Story and a Surprise!
An Interview with Lexie Baltimore, Part 2

An Interview with Lexie Baltimore, Part 1

My friends, I had a lot of fun (and shed a few tears) doing this interview with Lexie. You spend months and even years with these characters and they become almost real. I thought you’d like to see the picture I used to help me visualize Lexie too.

So, without further ado, here’s Lexie. 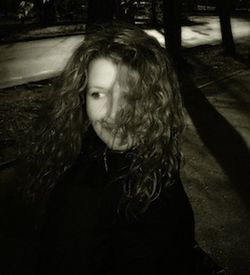 Lexie, when did you first start having these visions of where God wanted to send you and did He have you sculpting the face of the person you were to help even then?

It started not long after we lost our daughter Mandy. At first I thought I was going crazy! I’d just starting reading my Bible again and praying. A lot! I resisted at first because of my doubts but then that first time... I knew the place well, my bank. But the face God had me sculpt, well, I didn’t recognize him at all.

I did what God asked and I went to the bank that day, but I wasn’t expecting to really see this man. But there he was. Shoulders slumped, waiting in line with his hand clenched around a piece of paper and a wad of bills.

You see, he’d planned to give the teller what money he had in the hope that it would be enough to stop the foreclosure on his home. Then he’d planned to commit suicide in a way that would look like an accident. He figured his life wasn’t helping his family so maybe his death would.

Of course, I didn’t know that at the time. I just knew I was supposed to go up to him and tell him to hang on just a little longer, that God had something very special coming his way.

Truly, it was more like a scene from a movie! (Lexie laughs out loud.) As I’m talking to this man, and he’s crying because he really doesn't want to die, just wants to save his family, the bank manager walks over, recognizes him and tells him the bank made an error. There were seven mortgage payments that hadn’t been reflected on his account. He was actually ahead in his payments. The foreclosure was canceled.

(She leans forward, face beaming.) Don’t you just love it when God comes through in a big way?

Yes, yes, I do! Love it! Is God still using you and your sculpting to reach people who need help?

Yes, but not as often. I will tell you, I’m so relieved Hugh knows now. To be honest, I was so afraid to tell him, because I didn’t know what he would think of it. Of me. I had to let go of that fear and trust that God would help me handle whatever happened. When I did that—that’s part of my story—it really taught me how to be confident in God and step out in faith when He calls me too. God really and truly does have our backs. Abby told me about that Scripture in Isaiah 58 that says God is our rear guard. He really is!

In the book, you come face to face with evil—Tobias? What was your perception of him? At first, I really thought he was Nate’s friend. But something just wasn’t right there. At first I thought it was just my imagination, but I think God was trying to get me to see with my “spiritual eyes.” Plus, I got this horrible headache every time I was near him. I finally put two and two together that day at the hospital. (Lexie shivers in her chair.) I’d really rather not explain that one again. Can your readers just read it for themselves?

Sure, Lexie. Not a problem. I totally understand, considering I wrote it. (I laugh.) What suggestions or warnings would you give someone in a mismatched marriage to avoid unfaithfulness, not just physically but emotionally?

Oh wow, that’s a big question. Hmmm, well, I can only share what I’ve found to be true in my marriage. I truly thought at one point that infidelity would rip us apart. What I learned through it was to stop focusing on the faith issue in my marriage and just love Hugh as he was. That’s what God wanted me to do all along.

I think when we focus only on what’s not there—that spiritual connection—we tend to withdraw from our husband. I know I did at times and it created a gap between us. Plus it made Hugh feel like I didn’t love him sometimes and that I was rejecting him. Not a good thing! So I’m very careful about making sure my husband knows I love him, and more importantly—especially to him—that I respect him. Just as he is.

Isn’t that what your Winning Him Without Words book talks about too? Love that book. That and Abby saved me so much heartache. Abby’s such a great mentor to me. So thankful for her.

Friends, come back tomorrow for the second half of Lexie's interview. I hope you're enjoyed getting to know Lexie as much as I did. Thank you for sharing this journey with me and remember to leave a comment for the book drawing!