A Mother's Heart. A Savior's Heart

Several weeks ago my friend, Tanya, wrote me and shared a story about her young daughter. And today I want to share it with you. I pray you are blessed through her words and her eyes. 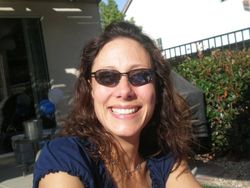 Tanya: I learned the most valuable lesson from Ella, my six-year-old daughter, today. It was the perfect picture of Christ’s love for us and His forgiveness and what that really looks like.

Ella and I met a friend and her daughter at the book store this afternoon. The girls were in the kid’s section while my friend and I chatted and looked through the rows of various books and Bibles. When the girls came up to us, each wearing a cute sticker on their arm hey stated that they found them on the floor. We both instantly knew they were lying.

They swore they weren’t and wanted to know if they could keep them. They then ran back to the shelves that held all of the cute stickers and girly stuff. My friend and I asked each of them once more if they were telling the truth; again they said they were, for sure. It was so obvious they were not being honest.

As we both walked back to where the girls were you can imagine the scene. We’ve all been there. “Oh no, I’m caught!” was written all over their faces. I was at once disappointed and sad but had to suppress a little giggle at the same time, mostly because they were so obvious in their deception and they didn’t think we already knew, but also because I love her so.

We separated them, each of the mommies talking to their own daughter. The scene was very serious; one of the girls got walked out to the car while the other one was questioned quietly in the store. After we talked to our girls individually we decided they would let the store clerk know what they had done and apologize to her. Again, you can imagine the scene.

Lips quivering and hands wringing, Ella blurts out first “Your stickers are really pretty…” They finally confessed and apologized. The clerk was very sweet and gracious and said “I forgive you”. I was feeling sort of proud of them after that but of course I didn’t yet let her see the smile on my face and I talked with Ella about never stealing again, etc., etc.

A few minutes later the tears spilled out and the big cry started and I could see how much shame she was feeling. We again sat down in their chair and I told her that I forgave her and that I was not mad at her any more. I asked her if she wanted to ask Jesus to forgive her for stealing also. She said she did but didn’t want anyone to hear because she was embarrassed about stealing. I led her in a simple prayer to ask Him to forgive her. When she was done she was still crying just as hard. I snapped my fingers and said “Ella, you are forgiven! It is done just that quickly because you asked Jesus”.

As we were driving home she was still crying, full of regret and disappointment. This spoke to me so clearly about my own sin and forgiveness.

God loves me so and already knows the stuff I try to hide from Him or pretend doesn’t exist. Even though He is sad in my sin or disobedience, He probably suppresses a smile as I come to Him and ask for forgiveness. Immediately, He grants my desire to be clean and whole again; then He lets His smile show freely in an outpouring of love. But I hang on to the sorrow and regret and disappointment and shame. I continue to cry over the same things I have been forgiven.

As I continued to drive home, overflowing with love for my daughter and smiling widely in the front seat, I was so blessed by my Savior’s love for me and this truth that He shared with me today!