Home Who We Are Salvation Stories Significant Resources Meet The Team The SUM Shop Lynn Donovan Ministries New Here? Video Teaching
You Thought You Weren't One
It Is Truly Special - Thanksgiving

A Change in Perspective 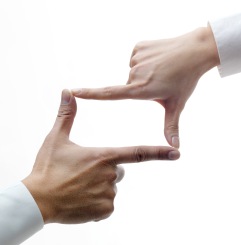 I sat in my favorite chair, devotional in hand and Bible open. Tears began streaming down my face. I sat before God, grieving over a hope that felt thin at best.

The evening before, my husband and I were on our way out to grab a bite to eat. I thanked him again for the wonderful set of darts he’d given me for my birthday. (We love playing darts and I love that it’s something we share and do together). Part of the gift was a set of flights (the things that attach to the back end of the dart and make then fly straight) which had a cross on them. I was touched that he thought to buy those for me.

He said that was actually a big step for him. I asked him why since he’s bought be cross pendants in the past. He explained that jewelry was different. He didn’t really see it as having a specific meaning. But buying the flights with the crosses mean that he accepted my faith as something that wasn’t going to change.

Our conversation continued over dinner. He further expanded that just as I probably hoped he would change his mind and believe in God, he hoped I would decide to believe like he does, that God doesn’t exist.

In my heart, I cringed a bit because I shared recently here that I thought he’d moved toward being more of an agnostic than an atheist. We continued to talk. That was the good part—we really talked. It was honest, open, and authentic. Nothing defensive or upsetting, even though it seemed like a step back.

Interestingly enough, at one point I got to share a perspective that surprised him. He said I probably thought that his life would be better if he believed. I said not necessarily better but richer. This gave me the opportunity to explain to him that my desire for him to come to faith had nothing to do with wanting to change him in any way. My only desire was that his eternity would be secure. I love him just as he is and I want to see him in heaven.

I explained the “richer” part with comparing the discovery of the world being round, not flat. New discoveries were to be made and perspectives enhanced and even changed. Like a whole new world (pun intended) being opened up before our eyes.

So, the reality of his unwavering choice to not believe God existed grieved me deeply that morning. I sat before God and asked what had happened? Had ground been lost? Had I misunderstood? Then I told God refused to stop believing his promises for my sweet guy. I know without a doubt God’s hand is on his life and I will wait however long it takes.

Then God’s loving and quiet voice came into my heart and changed my perspective. He showed me that this was not a step back but a step forward. That my husband’s acceptance of my faith was a crucial step in his consideration of faith for himself.

God helped me see what I could not on my own. My hope is restored. And renewed by a God who continually blows me away with His perfection and love.

No more tears. Just basking in the love of my Father. I will wait on Him and know joy.