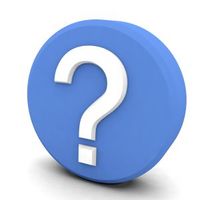 Something interesting happened last week. My youngest daughter and my husband were watching a TV show featuring Penn Jillette. My daughter explained how Jillette spoke of his atheism as not knowing if God existed—not a surety that He didn’t. She asked her dad if that’s whet he believed.

I confess, I didn’t know what to make of that. I still don’t. I wasn’t there to hear the conversation first hand, so I could ask more questions. And something in my gut says to leave it alone for now.

But I keep asking myself (and God for that matter) if that means he’s not an atheist anymore. Atheism is the rejecting of the belief in the divine. Atheists do not believe that a higher power, so to speak, exists. Agnostics, however, believe the existence of a God (or any other form of a higher power) is unknown.

So, is he still an atheist, or is he now agnostic?

This has been my journey since my daughter told me about this. I started praying for guidance and wisdom naturally, but also for guidance on how to pray for my husband. Did this shift of belief (if that’s truly what it is) warrant a change in how I prayed for him?

A few days later I came to this verse in 1 Corinthians 2. Paul is speaking about a person’s thoughts being known only to the spirit within them. He also explains how a person without the Spirit cannot accept the things that come from the Spirit of God. He then finishes the chapter with this:

But we have the mind of Christ.

As I read this verse, I believe God showed me that I had been praying for my husband’s heart, which is good. But my husband is a deeply intellectual and logical man. The true battleground is his mind. God was telling me to pray for my husband to have the mind of Christ.

Honestly, I still don’t know what to make of this. And I’m beginning to see that God probably planned it that way—that I not be there. I would have overanalyzed (more than I am now) and questioned instead of trusting that God is in control.