The Funny Thing About Losing Your Life 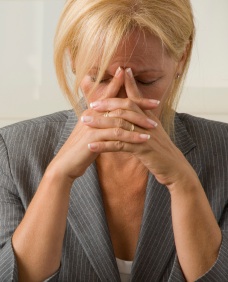 During my quiet time the other morning, I sat there reflecting on the direction God has taken my life. What sparked my examination was another reference to the movie Chariots of Fire about Olympic runner Eric Liddell.

I know...this movie and story gets referenced a lot but this time it wasn't his choice not to run on a Sunday that caught my attention but what happened after that.

First, let’s set the stage. Here is this powerhouse runner ready to compete and bring home a medal in the 100 meter race, his best event. He’s forced to withdraw because it’s scheduled for Sunday.

Now imagine being faced with a choice like that? Something you’ve worked for, dreamed of, even longed for right in front of you but now you’re faced with a decision.

Do what I want or do what honors God?

Liddell chose to honor God and didn’t race. He made his decision in advance that he wouldn’t run this race and instead trained for the 400 meter. The day of the race an American Olympic Team masseur slipped a piece of paper into his hand with a quotation from 1 Samuel 2:30: "Those who honor me I will honor."

Liddell not only won the gold, he set a new record.

This story made me think of Matthew 16:25, “For whoever wants to save his life will lose it, but whoever loses his life for me will find it.”

Sometimes we are faced with decisions in life that require us to sacrifice what we long for in order to be obedient to God. Sometimes it can even seem unfair. But was true for Liddell and has also been true of my own life is that God really does honor those decisions in which we choose Him.

I once thought making the sacrifices God was calling me to would result in a life without what I wanted and enjoyed. Instead, it’s turned out to be a life I could have never even imagined, filled with joy and wonder (and yes, still trials) because I chose Jesus.

The challenges in our mismatched marriages often put us in this position and I want to encourage you to step out in faith and choose God’s direction for whatever it is your struggling to decide. God will honor your sacrifice as you honor Him. Then be prepared to be surprised and wowed with how He brings it all back to you.