Home Who We Are Salvation Stories Significant Resources Meet The Team The SUM Shop Lynn Donovan Ministries New Here? Video Teaching
Friendship and A Woman Inspired and a Surprise!
Thankful Thursday - A Husband

Friendship with God Through Worship 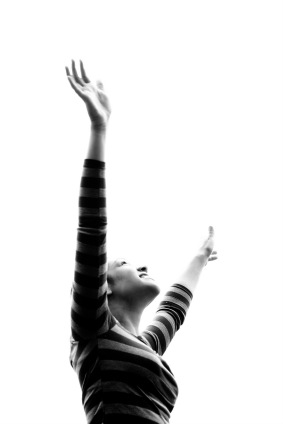 Right after we moved back to the States from Europe, I had the chance to go to my first Women of Faith conference. I went with two friends from the church I’d recently found and joined. Now the music was amazing, and if you’ve ever been to one, you know what I mean. Plus being with so many other women in a stadium that seated 10,000…wow.

I had a problem though. For me to let go and worship God was not easy. Something seemed to get in the way or block me from expressing this side of my faith. I figured I was just one of those overly self-conscious people who would have to be content to stand still and sing along politely.

But I wanted more. So much more.

On the second day, we stood to sing another song after a very moving session. After the music started, images began to go through my mind. You know that saying, “your life flashes before your eyes”? Well, that’s what it was like. Except it wasn’t the images I would expect to see, ones I was completely aware of from my painful school years. No, God showed me one by one all the times I had felt rejected by the father figures in my life.

I began to cry. Then like the quiet voice that came to Elijah after all the raucous of the wind, a fire, and an earthquake, God told me, “I will never reject you like that.”

My heart melted. I bawled even more. And from that day, I’ve been able to worship God freely. I can’t stand quietly during worship at church anymore. I move a little to the beat and have even lifted my hands at times when I’ve been so moved by a song. And every word speaks to my heart and becomes a prayer.

God did that for me. And he told me recently that if I wanted to draw closer to him, I would find him in worship.

Worship is a unique portal in which our hearts open and allow God access to a deeper level. The times I’ve heard God most clearly have been during worship and I believe this is part of the process of becoming friends with God.

But it requires a vulnerability we sometimes shy away from. Take a look at this passage from John:

The first thing Andrew did was to find his brother Simon and tell him, "We have found the Messiah" (that is, the Christ). And he brought him to Jesus.

Jesus looked at him and said, "You are Simon son of John. You will be called Cephas" (which, when translated, is Peter). —John 1:41-42

This particular piece of Scripture captured my attention, specifically the part that I bolded. When I looked this up in Stong’s, the root of this word (beheld in KJV) has its roots in words that imply discernment and to look “through.” I had a feeling when I read this that this wasn’t just a glance, but Jesus’ serious assessment of the man he knew he would build his church on—Peter.

The beauty of this is…Jesus looks at us too and he sees it all. He knows our pain, our struggles, our hang-ups. He knows it all because he experienced it all during his testing and more importantly, it’s why he came and died for us.

So whatever you’re holding onto, whatever that deep wound is, Jesus already knows about it. He wants you to give it to him and let him heal you so he can walk closer to you.