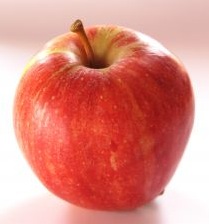 One of my daily devotionals talked today of how God sought Adam and Even in the garden after they had eaten of the tree of knowledge. I've read that many times before but never thought about beyond what Adam and Eve had done.

They hid, ashamed of their nakedness and afraid to face God. Have you ever read that and wished they'd just told God what happened instead of hiding? I guess if faced with the great "I Am," I'd hide too.

Then God shows up (as if he ever really left) and calls to them. "Where are you?" (Genesis 3)

I'm thinking God knew exactly where they were, and what they had done. He's omniscient, after all. But here's where this devotional commentary had something new to add.

Despite Adam and Eve's decision to sin, God still sought their presence. He didn't just strike them dead, wipe his hands, and walk away (float, disappear, go up in a blaze of fire...). No, he still wanted fellowship with his creation, even if it was now forever blemished.

God pursued Adam and Eve even while in their sin. Sound familiar? God's Word is so picturesque of his character and consistency. Even in the Old Testament we see God's constant pursuit of us and his willingness to do what it took to catch us. Even to sacrificing his Son.

As unequally yoked spouses, we can take great comfort in this, knowing God is pursuing our unbelieving spouses with the same passion and determination. We may not see it, but that doesn't meant it's not happening.

And we can praise and thank God for such dedication to our loved ones.