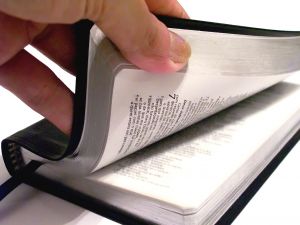 For the last two days I've read the story of Zechariah and his prophecy at the end of Luke 1. As a writer of fiction too, I tend to put myself in these stories and imagine the scene, the character motivations, and what those around them must have thought. Well, my writer brain wound up stuck in this story for two days!

First of all, I got a chuckle out of the people signing at Zechariah to ask what he wanted his son named. The man was mute, not deaf. (Hee hee...) But how real to life is that? It's like someone speaking really loud to a person who doesn't understand English. Like the higher volume will help them suddenly understand the language.

But what really ran deep with me in this story was the time line. For thousands of years, the Jews lived with the Messianic prophecies as something that would happen in the future. They didn't know when. Then Zechariah comes along and puts a definite time frame on something so profound as the Messiah's coming.

I thought of those there for John's circumcision, listening to this priest speak of his son going before the Messiah to prepare the way. Not only did he speak great things about John, but he put a very real and tangible time to when their long awaited "horn of salvation" was coming.

Yet thirty years would pass before Jesus entered his ministry. Did those who witnessed the loosening of Zechariah's tongue and prophecy begin to doubt and wonder as the years passed? As John grew up, did his father's words fall to the wayside for some? Or were they confirmed with each passing day? (And if Elizabeth and Mary were cousins, why didn't Jesus and John meet sooner? The questions are unending!)

My point is, these people had to wait a long time to see if what Zechariah said would really come true. Did they wait expectantly? Or did they begin to doubt?

As I've said before, waiting is a big part of the unequally yoked marriage. As the years pass, it's easy to doubt, to let our prayers lag, and to lose hope. Yet even in this, God gives us examples of people waiting like in Zechariah's story and so many more. These are stories rich in faith and perseverance. Stories of people who didn't give up, even against insurmountable odds.

They are our predecessors and examples of some of the greatest callings recorded. And I can't think of a greater calling than praying without ceasing for the salvation of a loved one.

Even when the odds seem stacked against us, we know our God is a God of Hope and a Keeper of Promises. And with that we can make our own stories of perseverance and faith.